Ben Fogle, broadcaster, traveller and adventurer has been a constant visitor to St Mary’s Hospital, where his children were born. Ben has seen first-hand the difference a caring team of nurses can make and understands the impact a poorly child can have on the entire family.

Ben has rowed the Atlantic Ocean, crossed Antarctica on foot, run across the Sahara and crossed the Empty Quarter on camel. He has presented numerous hit programmes on the BBC, ITV and Channel 5 including, New Lives in the Wild, Extreme Dreams, and Countrywise and written six Sunday Times bestseller books. His most recent book ‘Land Rover: The Story of the Car that Conquered the World’ was published by Harper Collins. 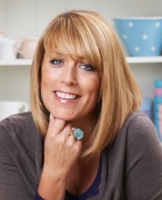 Fay Ripley, renowned actress, has been a long-term supporter of COSMIC since her niece was treated on the unit. Helping with event, fundraising, and our appeal videos, Fay has been a great ambassador for the charity.

BAFTA nominated Fay Ripley found fame as Jenny in the hugely popular drama‘Cold Feet’. She has also starred in dramas ‘The Delivery Man’, ‘Suspects’ and ‘Monday Monday’. Film credits include The Announcement and A Mute Witness.

In the last few years Fay has found success as an award-winning food writer in the form of ‘Fay’s Family Food’ and ‘What’s For Dinner’ with her latest book ‘Fay Makes It Easy’. She is an ad hoc presenter on The One Show and a recipe contributor to many publications. Fay lives in London with her husband and two children.